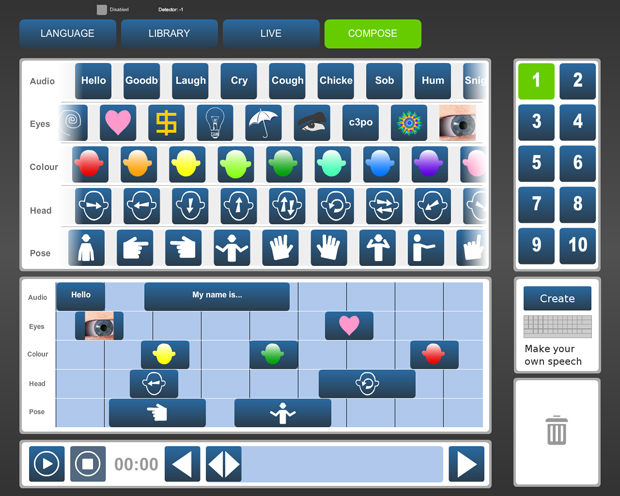 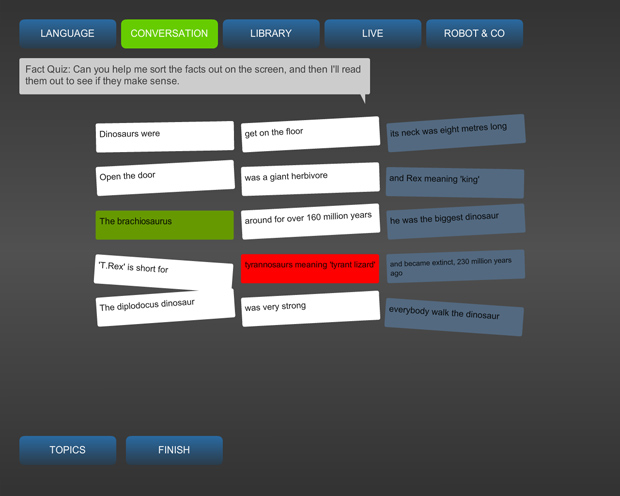 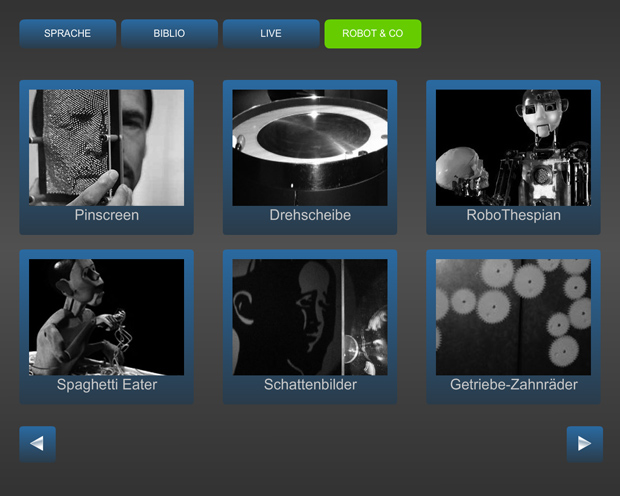 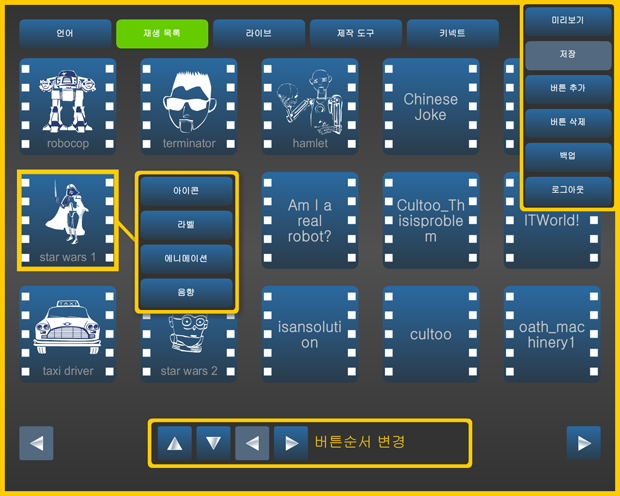 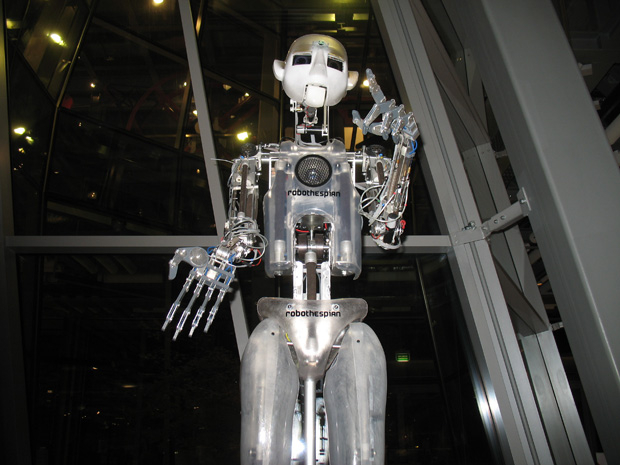 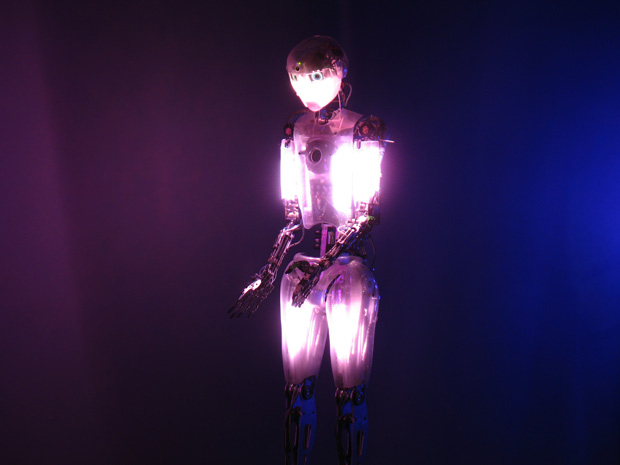 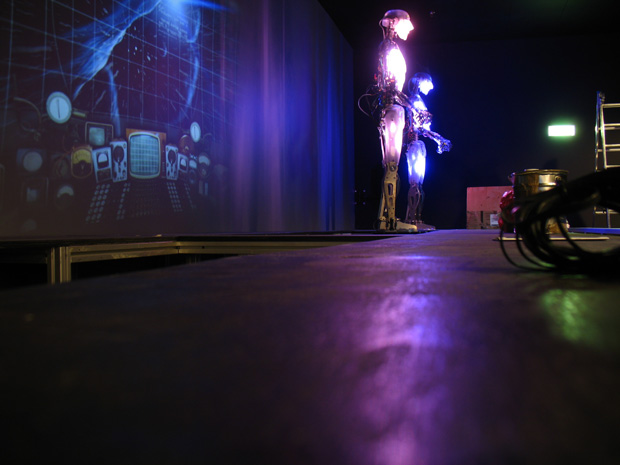 I worked for 3 years as a software developer for Engineered Arts, where my main role was programming, developing and customising a Flash touchscreen interface used to control an animatronic robot.

I developed a custom framework in AS3 designed to facilitate fast development of new pages and abstract the various robot elements controlled by the application. The interface had content management facilities and an Adobe AIR based file browser for uploading animations, sound and images. The interface text was translated into several languages, including Arabic, Korean and Chinese, using my XML based translation system across the interface.

I deployed the same interface onto a number of Android tablets for various customers.

The interface has been used on over 30 robots worldwide installed in sites such as Nasa's Cape Kennedy visitors centre, a mechanical theatre at Copernicus Science Centre in Poland, Macau's World Expo pavilion in 2010 and Roboworld at Carnegie Science Center

During my work for Engineered Arts, I also created Python scripts linking Blender 3D to control and record animations onto one or more robots and light fixtures, created C/C++ programs to interface Text-to-Speech and speech recognition software to the robot and wrote a number of content management tools and scripts in various languages. I mentored colleagues, interns and work-experience students and supported customers from around the world with technical issues.